STEP UP + BE HEARD

START YOUR JOURNEY
JUST WHO ARE WE

At SOAPBOX we’re on a singular mission: To help you step outside the box, climb high atop it, and communicate in a way that makes the world take notice. Having inspired clients and audiences with the most iconic work in the industry, we bring a strategic, conceptual, and executional style that makes you stand out among the onslaught of information your audience is bombarded with. No matter what the media opportunity, we’ll make sure you’re heard.

We entertain audiences and invite them to participate in making a difference.

WHAT WE CAN DO FOR YOU

From concept creation to the set, our productions redefine creativity and professionalism. Our process is streamlined, thorough, and efficient. In post production, we take your vision to a place beyond compare.

We’re in the business formerly known as advertising. These days, we prefer to call ourselves an “attention agency.” It takes high quality delivery to meet expectations. There’s simply nothing traditional going on here. We set the bar, and strive to rise above it daily.

We believe that giving back is what it’s all about.  Sure, we team with you to craft a powerful and engaging message, and let everyone know you’ve got something that transcends time and space, but that’s just the beginning. At Soapbox, our goal is to build and foster relationships, not just create client lists.

Politics? Well no, not exactly. You get enough of that every time you turn on the TV, pick up your newspaper, open up your laptop, unlock your mobile device, switch on your radio…you get the picture. What we do, is help you craft a message that WILL do more than keep your audience from tuning out, it will inspire them to turn on and take action.

We work closely with you to capture the essence of your brand. Then we check out your competition to see what they think they know.  After creating a solid base to work from, we unleash a strategy to set you apart, and assemble  our team to prepare for your launch.  It’s our mission to assist you in planting your own flag.

SOAPBOX delivers inspired, effective ideas that translate into seamless, creative events. Top brands partner with SOAPBOX year after year, because they depend on our unique blend of innovative live event marketing strategies and our proven ability to execute unique corporate events. From event management to content design & creation and AV support, we understand the timeliness, pressure, and challenges of live event production.

We believe that a good story well told, has the power to inspire and create social change.  We team with social sector organizations, non-profits and corporations who are committed to creating an open forum for discussion and education, and offer specific ways for audience members to get involved.

We’ve got designers that don’t know the meaning of the word ‘sleep’. Enough said!  Anyone can build a website but only a few can design and develop award-winning and money-making sites for your business.  Allow us to show you the difference.

Of course we prefer to get our hands dirty, but if you’re looking for some insight and direction, we can do that too. 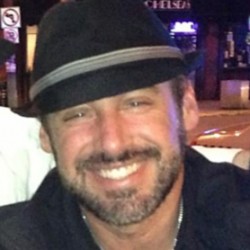 Stephen Marshall Zukerman is a multimedia professional and a social entrepreneur. His belief is that a good story well told has the power to inspire and create social change, and can truly make a difference in how one sees the world. Whether it’s a documentary film, commercial spot, or other form of media, Steve’s goal is to tell compelling, entertaining stories that also create an awareness of the real issues that shape our lives. Steve creates works that celebrate the triumph of the human spirit, and the unmistakable power of sheer will and determination.

Steve teams with social sector organizations, non-profits and corporations who are committed to creating an open forum for discussion and education, and who are interested in offering specific ways for audience members to get involved. These include action kits, screening programs, educational curriculums and classes, seminars, panels and other activities that become ongoing “legacy” programs, continuously updated and revised to continue beyond theatrical, DVD and/or television windows.

Steve’s goal of developing a premier production company and “attention” agency is quickly becoming a reality through the release of his newest production, the documentary film One Moment, One Million Lives, which chronicles the life of Millard Dean Fuller, founder of Habitat For Humanity and The Fuller Center For Housing.

Steve is also now currently in production on the groundbreaking film “The Pink Virus”, working with Dr. Kathleen Ruddy, Director of The Breast Health and Healing Foundation, regarding the history of Breast Cancer, and a new vaccine that has been developed to eradicate it in its deadliest form. As of recently, the prestigious Clinton Global Initiative, has lent its official support. 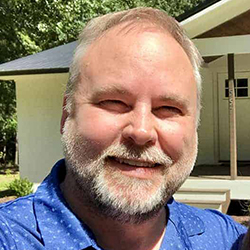 Sam Gaw is a media publisher and serial entrepreneur. After working his way up the corporate ladder in the banking world, Sam found himself the Regional Director of IT and Mortgage Operations of a large national bank by his mid-20′s.

He has helped companies and non-profits worldwide with their web design, SEO, and social media needs while starting his own companies.  Recently Sam sold a news-aggregator website that he ran to a large public company.  That was the 5th company he has sold. 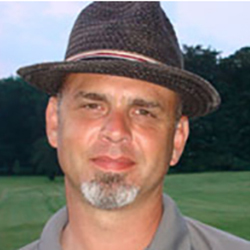 Born and raised in Atlanta, Georgia, Chad developed his love for film while still in middle school by working in the schools audio and video center, getting hands on experience with film cameras, video cameras and audio recording equipment. He continued his love of creating images by attending the art program at Western Carolina University where he earned a BFA in Painting & Photography. Chad went on to be one of the first students to receive a Masters of Fine Art from the Academy of Art University’s Film and Video Production program in 2000.

Inspired by the creativity of the music video format, Chad spent the next 10 years working with the industries best and brightest music video and commercial directors refining his technical skills as a director, director of photography and editor. He was known for his refreshing and creative compositions as a camera operator and his unique visual style made him stand out. Chad was also called upon as a creative consultant workingwith directors doing pre-visualization videos for complex scenes.

During the 10 years while Chad was working in Los Angeles he was hired by the industries top advertising agencies, feature film production companies, record labels and online portals. Creating content for clients that include Disney, Sony and Warner Bros.

Chad currently lives in Asheville North Carolina with his wife and two sons. 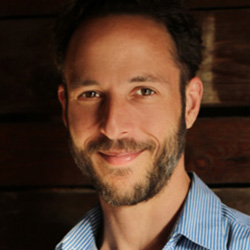 Our Music Department is headed by award winning Composer/Producer Abie Toiber. Abie is a graduate of The Musicians Institute in Hollywood California. His career began as a child prodigy, and he has released numerous albums of his solo work that include, “Lotus”, “Relativity”, and “Los Radares”. He currently writes and composes music for the band Dead Lilies, up and coming Singer/Songwriter “Aja”, and is an active member of the rock electronic duo, “The White Cherries”, with an upcoming new album scheduled for release Summer of 2014.

Abie also holds a degree in Advertising, and has composed music for a number of brands. He consistently works with many of the best studio and live musicians to create projects for all budgets.

Check out some of our highlighted projects, photos, and videos. Click on the image to view project information. 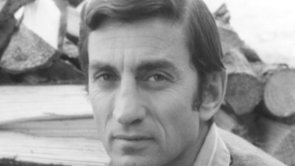 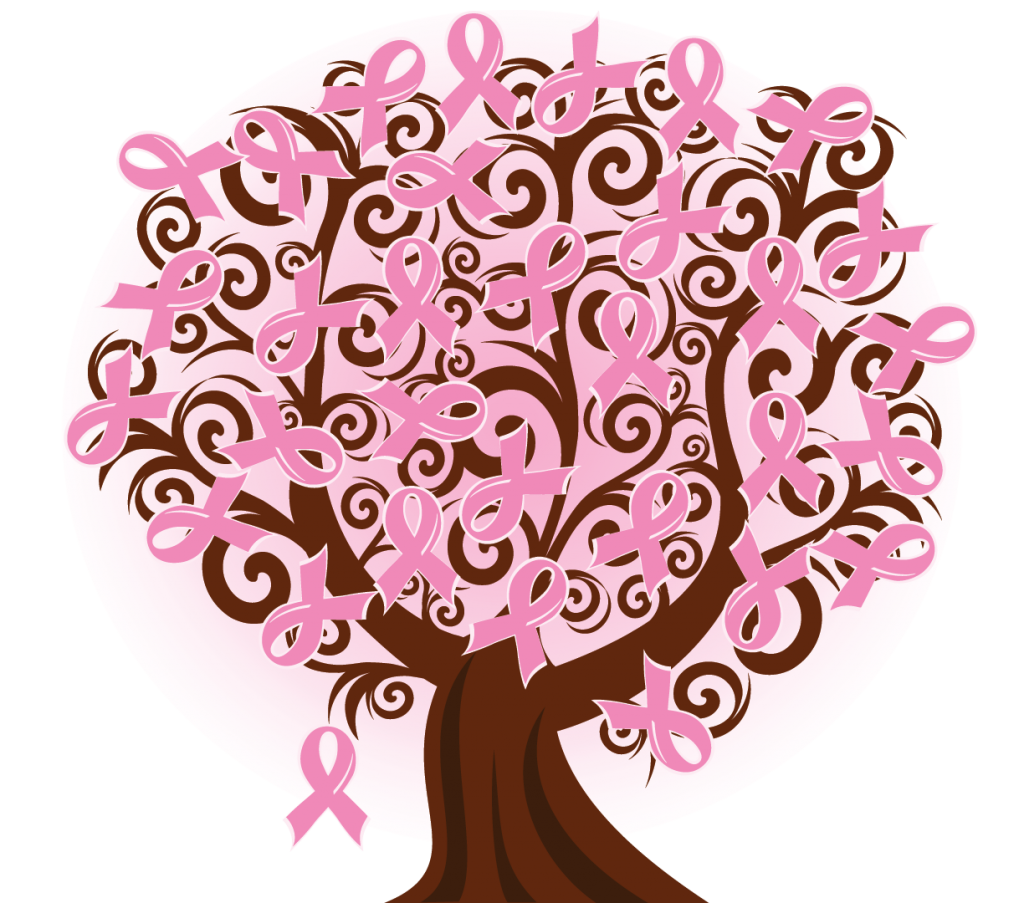 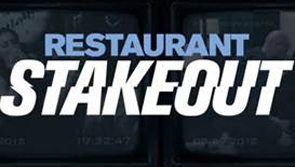 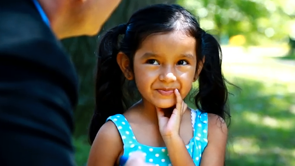 FOX Television : Take Me Out 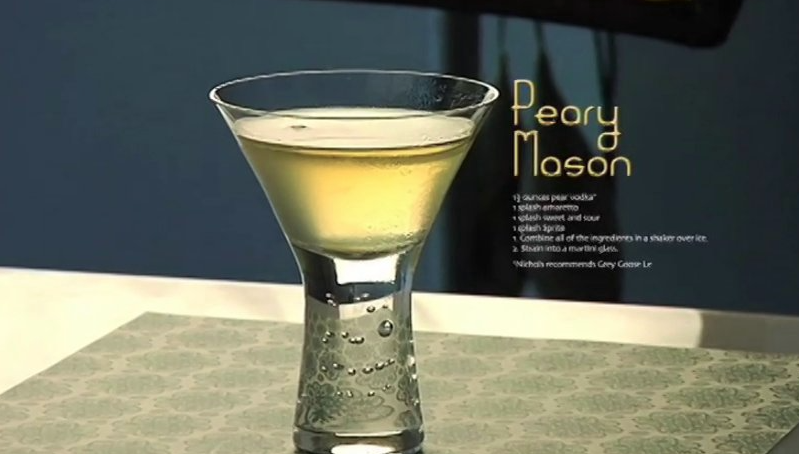 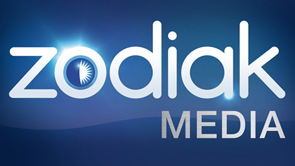 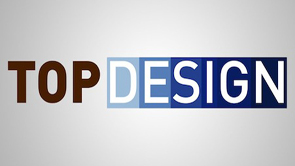 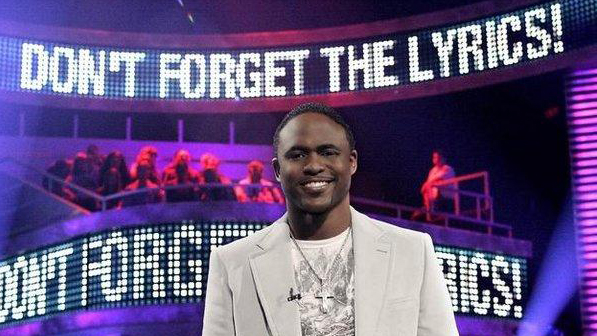 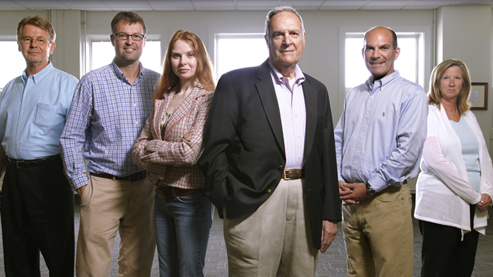 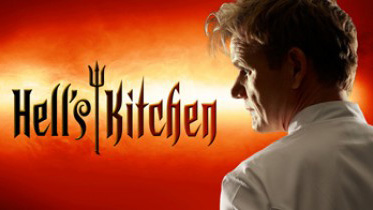 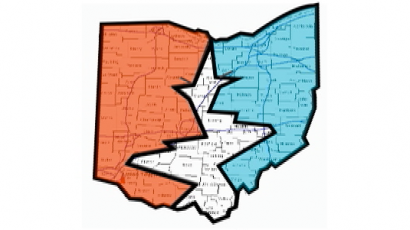 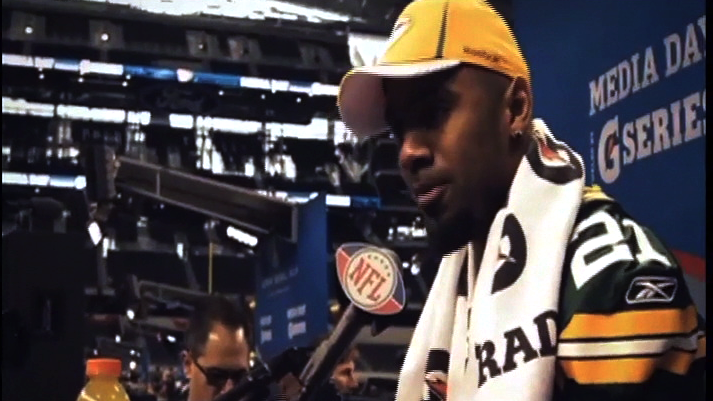 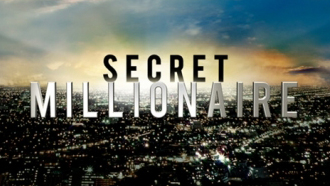 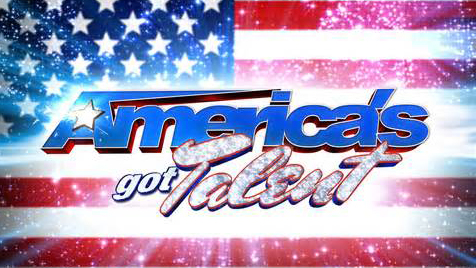 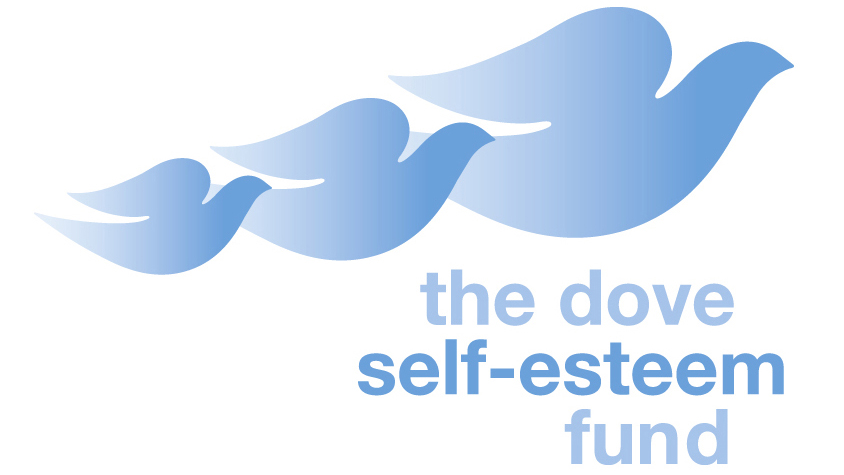 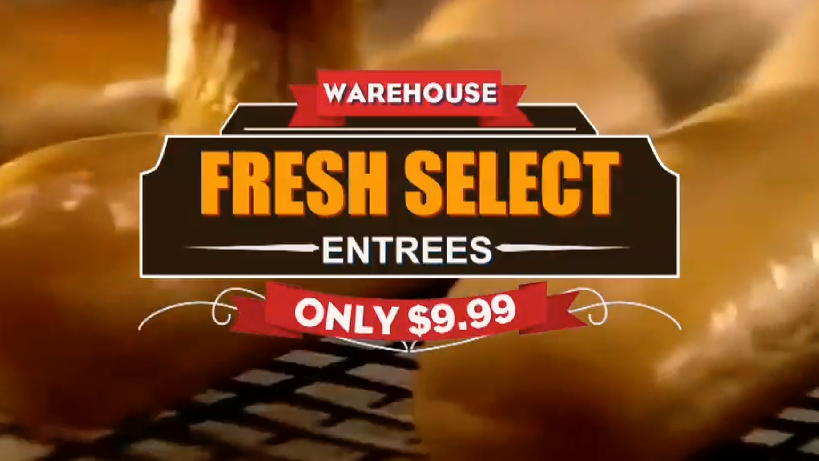 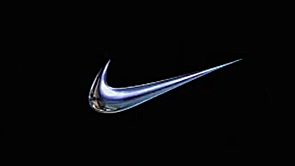 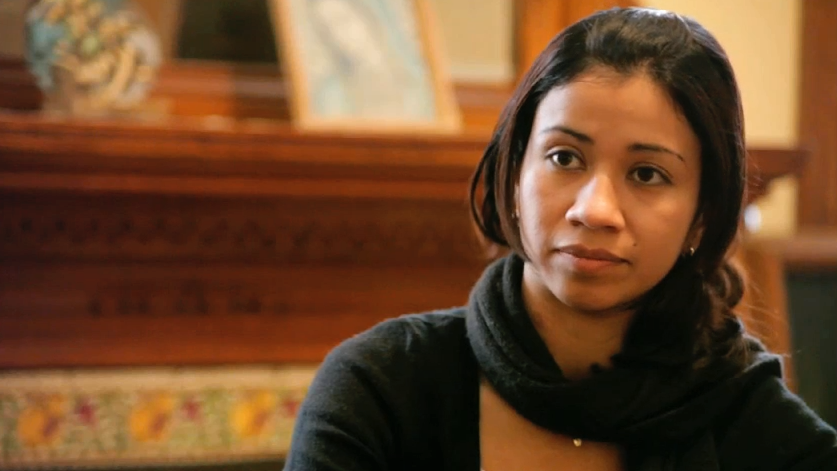 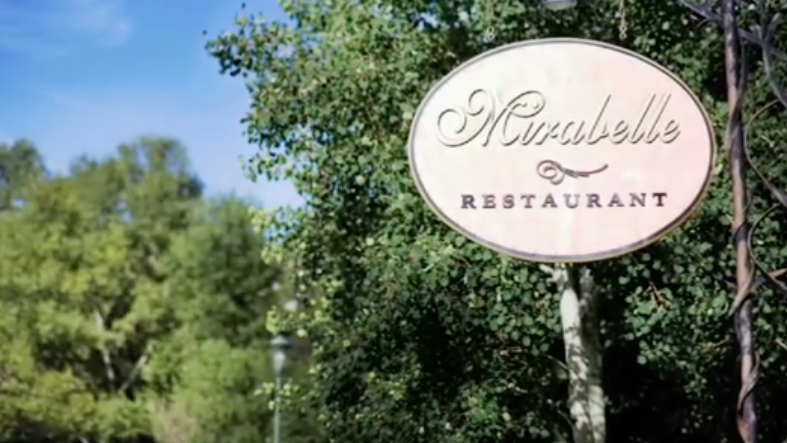 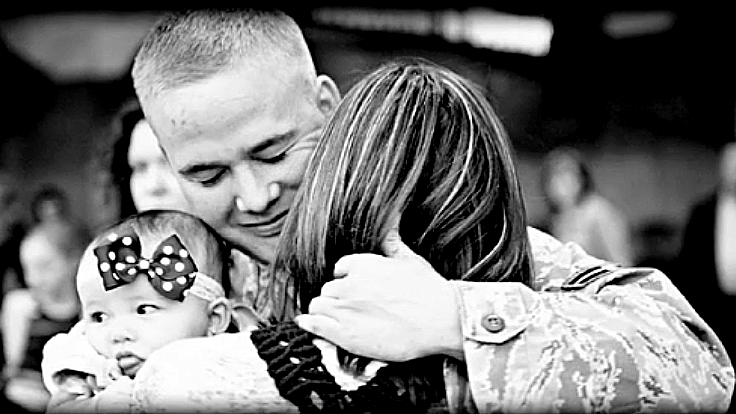 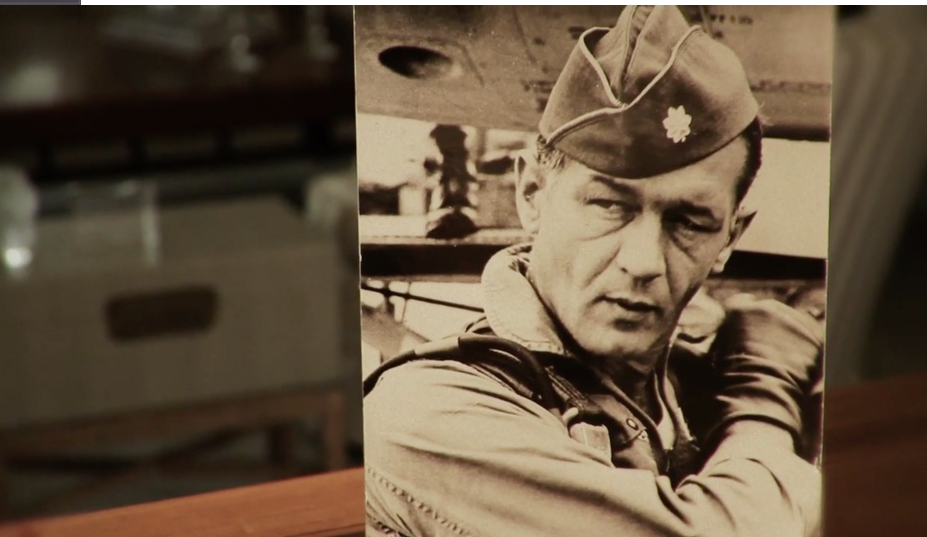 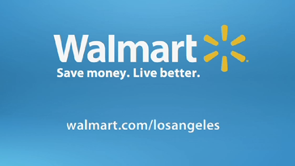 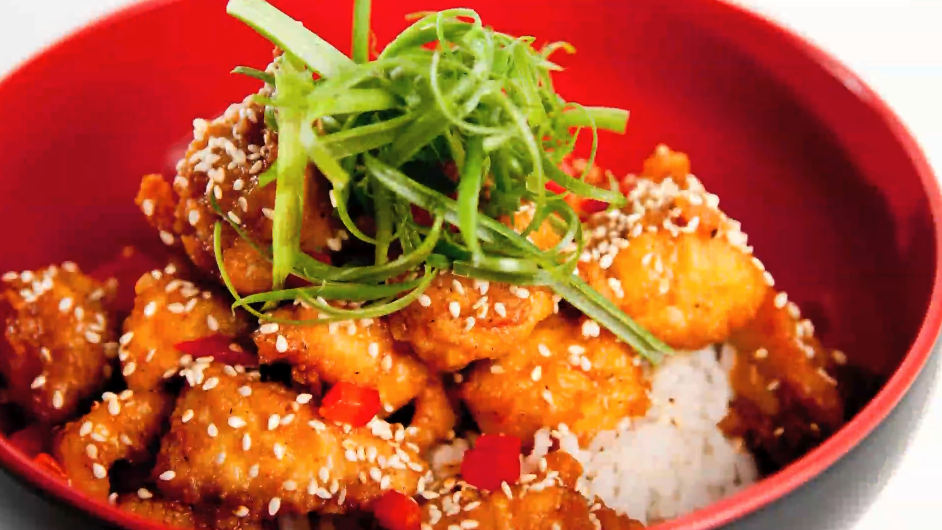 DON'T JUST TAKE OUR WORD FOR IT

"Steve has been there and done that, or has a direct connection with someone who has, which means he is the perfect partner!"

Holly Sampson
Customer
"Soapbox is amazing at both marketing and video. What I love about them is that I never have to question their judgement. It is always spot on." 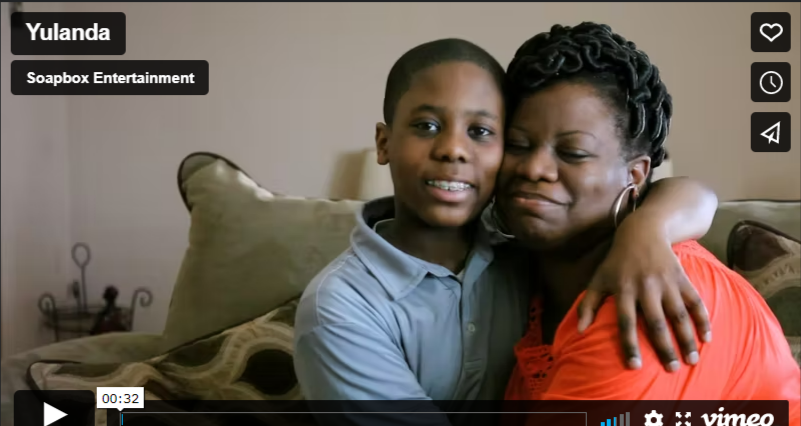 END_OF_DOCUMENT_TOKEN_TO_BE_REPLACED
OUR WORK GETS SEEN